Kedron Dells opened for play in June 1974. The late Dr. B. A. Brown, family and associates developed the course entirely from inception in the fall of 1972 and the Browns continue to operate and manage the course to current date.

The guiding principle in development was to provide a quality championship course at affordable cost to the public golfer. Built on 155 acres on the Oshawa Creek valley and uplands and now situated in the geographic centre of Oshawa, promise has become reality. Always maintained in excellent condition, the course has matured remarkably. You will be delighted by its many faces; long demanding fours and five's, delicate and treacherous creek valley holes, compact doglegs and large undulating greens.The scenic beauty of the property is surpassed only by the excellence of the golf course. As of current date, KDGC is recognized as one of the best value courses in the Greater Toronto Area.

As an important amenity to our community, we welcome our loyal customers into our 'home', and we cherish the time they spend with us. Kedron Dells golf facility is dedicated to provide a quality golf course and banquet hall facility at affordable cost.

To meet this commitment we will Strive to meet the principles of CANI (Constant And Never Ending Improvement). Be ever mindful of following the Golden Rule in all facets of our business and personal relationships.

Operate the course as stewards of the environment, always using methods and principles that protect our 155 acres of green space. 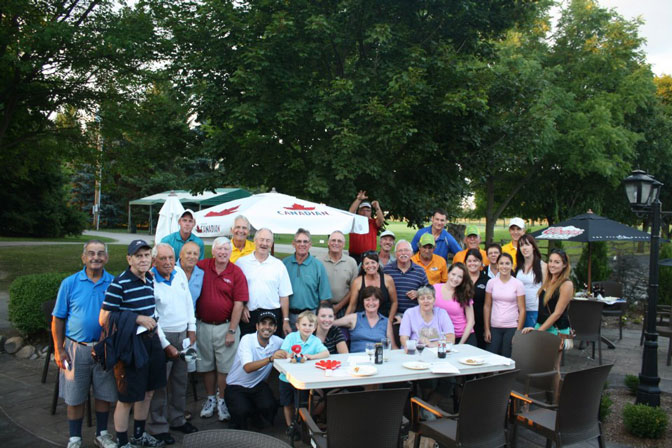 To create a sense of family with our staff, to deliver exceptional experiences for our guests and to
continually improve our products and services while celebrating our valued history.

Kedron Dells is committed to providing a quality, friendly golf course, respectful of the environment and available to the golfing community at large at affordable cost.
At Kedron we act, promote and live the belief that we are welcoming guests into our home! In that regard we promote the following family values;

Doing the right thing for all involved everyday

Being a model citizen inside the Club and in the community

To guests, employees and our family tradition